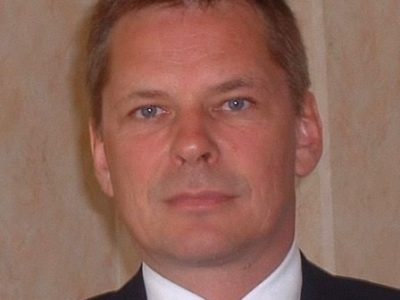 He started early to be involved in different organizations related to sport, politics, youth and religion. He has been actively involved in politics for more than 8 years in The Liberal Party of Norway.

In 1978 he took part in a UN mission to Lebanon, UNIFIL, where he worked in first aid. Here he learned the establishment of later problems for veterans. This was his motivation for helping and supporting veterans in different ways later.

In 1982 he started a consulting company and has since then operated as specialist in the reorganization of organizations nationally and internationally. He had offices and clients in many countries. After further education in sales, marketing and finance, he has been involved in the creation of more than 30 organizations in partnership with others. He was also owner of a commercial real estate consulting company and founder of Clean Your Card; a product sold to over 60 countries, to safeguard payment.

He was Norwegian Delegate to the WVF General Assembly in Malaysia, Denmark and Jordan and Delegate to the 21st Meeting of the SCEA in Portugal in 2008. Since 2008 he has been a member of the WVF Working Group for the Veterans’ Walk for Peace and organized a very successful Veterans Walk for Peace in Oslo in 2008 in partnership with The Nobel Peace Centre.

He was Member of the committee, International Round-The-World March of Veterans “Battle Brotherhood” and Member of The Advisory Board of Veteran Organizations from the Balkan Region and has participated in veteran summits as a keynote speaker in many countries.

Dan-Viggo Bergtun is married to AnnaLee. They live just outside Oslo and have 3 girls and 2 Grandchildren.

In the winter time they love to ski and in the summer time they enjoy walking and biking in the Norwegian mountains. 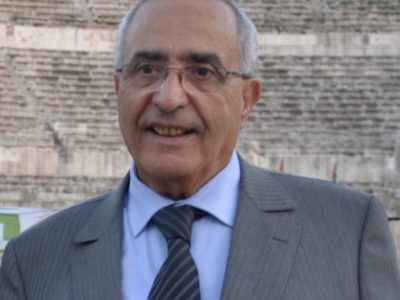 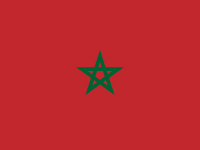 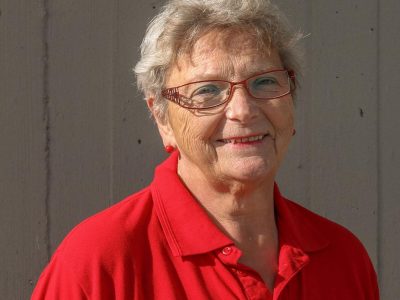 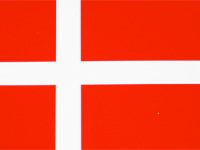 Inge Nedergaard was born in the northern part of Copenhagen , Denmark in 1947.

Following her basic education she got an education as Bank Clerk.

In 1969 she joined the Royal Danish Navy, as a clerk for the Purchase Division. During this period she took part in the development of an inventory management and stockpiling management system for the Defence. In 1983 she joined the Danish Embassy in Nairobi, where she held the position of Chief Accountant.

She returned in 1989 and started work as a Chief Clerk with accounts and travel expenses at the Admiral Danish Fleet HQs in Aarhus. She has had several postings abroad as Chief Accountant for the Armed Forces serving in Kosovo, Afghanistan, Bosnia and Iraq.

She is in active duty as the Secretary to the Chief of Naval Staff, Denmark and has been a member of the Danish Blue Berets, working as Treasurer since 2009.

She has been awarded a number honours and awards for service to her country.

Inge Nedergaard is married to Torben. They live in the middle of Jutland, and in her spare time she enjoys taking part in the dog world as a steward at the dog show and being a member of the Danish Home Guard. 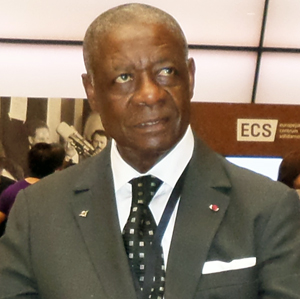 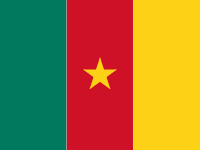 Colonel Alfred FULLER was born January 15th, 1941 at Edea in the Department of Sanaga Maritime, Cameroon. He is from Bonabéri, a neighborhood in the city of Douala, economic capital.
After his primary and secondary studies, in October 1961 he entered the Inter-Arms Military Academy of Cameroon. He graduated in July 1963 and was assigned to the Gendarmerie Nationale. A qualified Paratrooper, he was posted to the Western Civic Guard, an area of ​​Cameroon in the grip of armed rebellion in the aftermath of the independence of Cameroon. Soon after, he took Command of Gendarmerie Platoon EBOLOWA in the south and took his unit to the West.

Biography
After about two years in troubled zones, he was sent to the Gendarmerie School, for one-year training to obtain the Police Officer diploma. At the end of his training, he was held in Yaoundé and assigned as Deputy Commander of Yaounde Legion because of his sporting abilities. Whils there, he covered the interim of the Commandments of Police Companies of Bafia, Bertoua and Abongbang in the Central Region. From there he moved to the North Yaoundé Gendarmerie Command Lines of Garoua in the north of the country and Mokolo in the Far North with the rank of Captain before being transferred to Batouri in eastern Cameroon, where the High Command assigned to him the creation of the Company in the locality. Whilst there, he was appointed to represent the Cameroon National Gendarmerie at the Satory Armament Exhibition in France. On his return, he was admitted to the internship of the Inter-Arms Military Academy to obtain the certificate of Staff. After graduating, he was assigned as Head Office Training in the Military Academy. He was the first police officer to hold the position. He trained nearly 250 young officers who graduated with the rank of Second Lieutenant. Some of them are current General Officers in the Cameroonian Armed Forces. After four years in this position, he was allocated in August 1980 to the Western Legion of Police as Head of the Office for Proffessional Education. Nine months later, precisely April 9, 1981, he suffered an industrial accident as a result of the explosion of a major offensive that caused the amputation of his right hand whilst he held the rank of Captain. Evacuated to the Military Hospital of Yaounde was treated in the military hospital structure. On his discharge from hospital, he was transferred to the General Staff of the National Gendarmerie and appointed to the rank of Squadron Leader before being sent for prosthetics and rehabilitation at the Invalides Military Hospital in Paris, France in February 1982. Whilst there, he learned that in Cameroon, he was assigned as Head of the Office for Sports of the Armed Forces and Police, he advanced his return to Cameroon and joined his new position. Always driven by a spirit perfectionism, he was appointed Squadron Leader and his office became the “Sports Department”. In 1988, he was assigned as Deputy Chief of the Military Secretariat Office of the Minister of Defence in addition to his Sports Department position. In 1989, he was posted as Assistant Director of Social Affairs at the Department of Administrative and Regulatory Affairs of the Cameroon Ministry of Defence. In 1990, he was assigned to the Gendarmerie Nationale as Acting Director of Personnel with the Rank of Lieutenant Colonel. Appointed to the rank of Colonel in 1991, he was tenured as Director of Personnel. In 1998 he took the position of Technical Advisor to the Minister of Defence, seconded to the Secretary of State for Defence in charge of the National Gendarmerie and took care of cooperation issues. In 2000, he was posted as Head of General Affairs Division where he was allowed to claim his pension rights from 15 January 2002 but was not actually released until October 4, 2002. On March 16, 2004, he was recalled by the Head of State of Cameroon who appointed him Managing Director of the National Office of Veterans and Victims of War of Cameroon (ONACAM), a position he holds to date. In 2006, with the support of the Head of State of the State of Cameroon, ONACAM joined the WVF and Colonel Alfred FULLER was “French language Rapporteur” until August 31, 2015. Because of his contribution the proper functioning and dedication to the cause of this international institution in charge of World Affairs, Colonel (Ret) Alfred FULLER was awarded the medallion of the WVF.  He also holds numerous medals awarded to him by his country Cameroon, namely the Sports Medal (3rd Class), the the Knight and Officer Medals of the Cameroon Order of Merit and Officer and Commander medals of the Order of Valour. On September 2, 2015, Colonel Alfred FULLER was elected President of the Standing Committee on African Affairs during the elections held by the SCAA during the 28th General Assembly. Colonel FULLER has further knowledge in various fields. He was part of the National Volleyball Team of Cameroon. A famous basketball player in his youth, he held the position of President of the Cameroonian Federation of Basket ball. He was Head of the Cameroonian Delegation to the International Military Sports Council (CISM). As an artist, he was a musician, cartoonist and painter; he enjoys photography and is a good soundman. He is bilingual French, English and understands a little Spanish. He is the father of many children and grandchildren. He loves music and everything that is creative. He is an honorary member of the Olympic and Sports Committee of Cameroon, a member of the Board of Directors of the Cameroon Federation of Basketball. 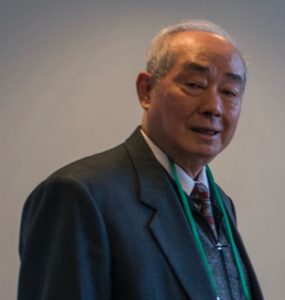 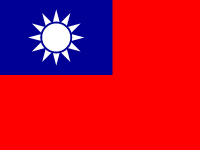 Chi Liang Wu was a graduate of the Artillery Class of the Chinese Military Academy (CMA) in Taiwan, 1964.

Later, he also graduated from the Military Art Institute of the National Defense University in Taiwan.

After graduation from the CMA, he worked his military career up from lieutenant to lieutenant general; from platoon leader to deputy commander-in-chief.

After retiring from active military service, he was appointed by the ROC cabinet to serve veterans in the Veterans Affairs Council, which is equivalent to the department of veterans affairs in the USA.

He served in this council for nearly ten years, and has acquired knowledge and experiences in veterans affairs management both in the country and overseas. 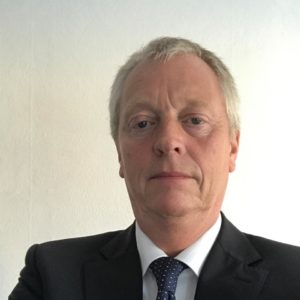 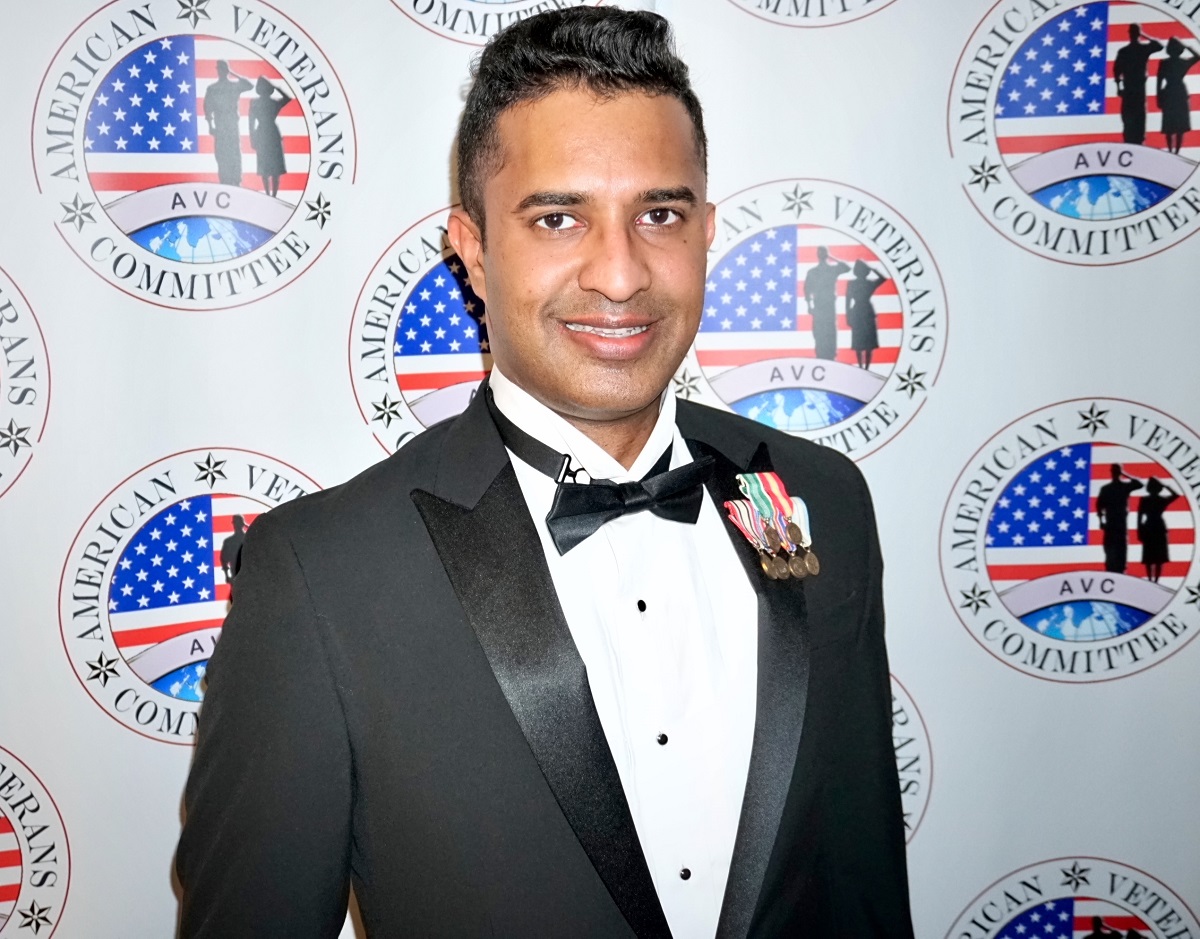 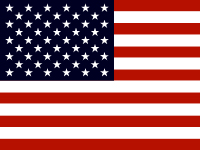 Saif Khan currently serves as an attorney specializing in Veterans Law in the United States of America.  He was elected Chairman of the Standing Committee for the Americas (SCA) and Vice President of the World Veterans Federation during the first World Veterans Congress that was held in Paris, France in 2019.

Mr. Khan served in the United States Army as a Combat Engineer and deployed to Iraq in support of Operation Iraqi Freedom.

Biography
After returning from his combat tour in Iraq, he founded the non-profit organization American Veterans Committee to help connect Veterans of the US Armed Forces to employment, international networking and business opportunities. While serving as President of the American Veterans Committee, he also serves as a Partner of the Truman National Security Project and a Commissioner on the Veteran’s Advisory Board for Washington, DC.  Prior to forming American Veterans Committee, he served as Deputy Director and Senior Advisor to Mission: Readiness, a non-profit organization of senior military leaders he helped launch. Mr. Khan has worked with senior military leaders and legislators to identify problems Veterans face and how to fix them.  He continues to strongly advocate for Veteran’s rights and benefits and currently focusing on launching a platform for American Veterans to learn and share best practices with the global Veterans community to assist with military transition.  He was awarded the World Veterans Federation’s Medallion during the 29th General Assembly for his global work to support Veterans. Mr. Khan graduated from Virginia Commonwealth University in Richmond, Virginia with a degree in Political Science and The George Washington University Law School with a Juris Doctor degree in Washington, D.C. 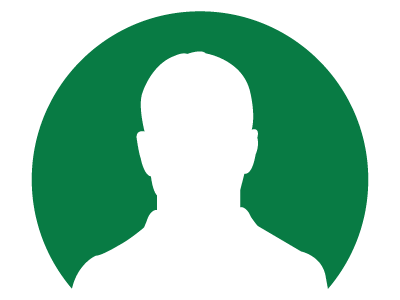